What a year it’s been for the diesel industry.

First, we learned about all of the new diesels for Toyota, Nissan, Chevy and GMC set to flood the market, then the industry received a black eye when the VW Emissions scandal broke.

But all in all 2015 has been a big year for the diesel industry. Here’s a look back at some of the notable news we mentioned on the InjectorsDirect.com blog:

The VW emissions scandal broke this fall, and it had a ripple effect across the industry.

The U.S. Environmental Protection Agency (EPA) even went as far as to issue a letter to all automotive manufacturers warning them of prolonged and more rigorous testing protocols.

“EPA may test or require testing on any vehicle at a designated location, using driving cycles and conditions that may reasonably be expected to be encountered in normal operation and use, for the purposes of investigating a potential defeat device,” the letter noted. “Such testing can be expected in addition to the standard emissions test cycles when Emissions Data Vehicles (EDV), and Fuel Economy Data Vehicles (FEDV) are tested by the EPA.”

We’re probably watching this saga play out a little closer than most because we’re based in California, where emissions is always a hot button topic, not to mention the fact that the California Air Resources Board uncovered a lot of the cheating. Now there are some 450+ lawsuits against VW set to be heard in California, so the fun has just begun.

On a positive note, diesel trucks are in demand more than ever, and the other manufacturers are starting to realize it.

As you’ve probably heard by now, even the Chevy Colorado and GMC Canyon are going diesel, equipping next year’s models with 2.8-liter, four-cylinder Duramax diesel engines that are expected to push 30 mpg.

They won’t have the same power of the full size diesel trucks we often write about here, but it’s always a good thing for the industry when more and more diesels are coming onto the market.

As mentioned previously, California has some stringent emissions laws and regulations in terms of doing business, but it’s right up there in terms of diesel vehicles.

According to a report by DieselForum.org, Texas leads the country in diesel drivers (893,553 drivers), but California is second at 650,252 total diesel car, SUV, truck and van drivers.

Like they always say, everything is bigger in Texas.

What’s Next for the Industry?

With more diesel vehicles, and a closer eye on emissions, we’re sure things are going to get a little tougher for diesel manufacturers.

That said, the market demand is there and the automotive industry leaders, politicians and key influencers always tend to favor what consumers want.

That much is clear.

A recent Fuels Institute report entitled “Tomorrow’s Vehicles: What Will We Drive in 2023,” suggests diesel-powered vehicles are expected to grow from 2% market share to 3.7%-6.7% by 2023.

In the commercial market, diesel is the hands down winner, with diesel-powered vehicles expected to represent at least 94% of the vehicles on the road in 2023.

And considering the fact that diesel prices were at their lowest mark since 2004 earlier this year, there’s never been a better time to drive a diesel.

So cheating scandals and more stringent regulations aside, diesel isn’t going anywhere and more diesel trucks on the road is great news for diehard diesel heads like us.

The Most Popular States for Diesel Drivers

Ever wonder why InjectorsDirect.com is located in California?

Well, it’s not because of its business-friendly climate, that’s for sure.

But even if regulation-happy California ranks 44th among the toughest states to do business, we rank No. 2 on the list that really matters. That’s right, the Golden State is second in total diesel drivers on the road, according to DieselForum.org. California trails only No. 1 Texas 893,553 to 650,252 in diesel car, SUV, truck and van drivers in California.

Eat your heart out No. 10 diesel driver and No. 1 business-friendly Georgia!

All kidding aside, the numbers have been pretty positive for the diesel market of late.

According to the Diesel Technology Forum analysis of the latest Vehicles in Operation (VIO) data compiled by IHS Automotive, the number of diesels in operation reached 7.4 million in 2014 – an increase of 360,121 over 2013.

The fastest growing states in terms of diesel truck growth during that time period are North Dakota (+ 8.60%) and South Carolina (+ 8.11%), so if you see us plastering our bumper stickers all over the trucks in those states you know why now.

If you’re interested in the most “diesel” state in terms of percentage, Wyoming (11.0%), Montana (8.3%) and Idaho (7.1%) take the cake with highest percentage of diesel vehicles.

Here’s the rest of the 2014 list of the Top 10 U.S. States in terms of total diesel drivers, courtesy DieselForum.org: 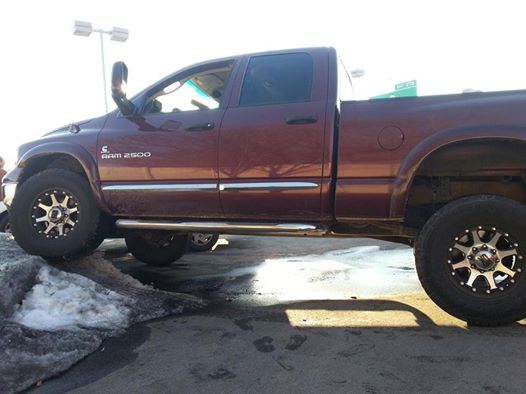 InjectorsDirect.com has been providing quality injectors for any budget since 2009, and as we continue to grow so does the diesel truck market.

According to data compiled by R.L. Polk and Co. for the Diesel Technology Forum, the registration of diesel vehicles and SUVs rose 24 percent in the United States from 2010 to 2012.

In the commercial market, diesel rules, with diesel-powered vehicles expected to represent at least 94% of the vehicles on the road in 2023.

So what does that mean for you? More diesel trucks on the road is, well, awesome for diesel diehards like us.

Additionally, that means your trucks will continue to be supported by local and online dealers.

InjectorsDirect.com strives to continue being a leader in diesel injector sales and resources – no matter the ebb and flow of the market.

To learn more about our injectors and other products geared toward helping your diesel engine run smoother, visit our Products Section and be sure to follow Injectors Direct on Facebook and Twitter for more great diesel truck resources this year.